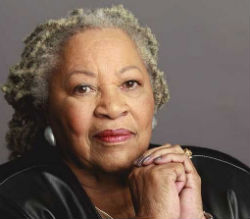 Association for the Study of African American Life and History (ASALH)
The ASALH dedicates 2020's Black History Month to the theme "African Americans and the Vote." This year marks both the centennial of the Nineteenth Amendment, which guaranteed women the right to vote, and the sesquicentennial of the Fifteenth Amendment, which gave black men the right to vote after the end of the Civil War.

Fifteenth Amendment to the U.S. Constitution 1870, from Milestone Documents in African American History (via Credo Reference)

The struggle for the vote was only just beginning with the Fifteenth Amendment. See also:

Although the Nineteenth Amendment gave women in general the right to vote, it still required more of a fight for black women to gain that same right. Read about this intersectional issue:

A sampling of our books that were added within the past couple of years, either about race, African Americans, or by black authors. Most of these are currently on the Black History Month display on the main floor of the library.

Writings (1986 edition) by W. E. B. DuBois (includes The suppression of the African slave-trade, The souls of Black folk, Dusk of dawn, and his essays and articles)

Ain't I a woman: Black women and feminism (2015 edition) by Bell Hooks

The fire this time: a new generation speaks about race (2016) by Jesmyn Ward

Books on the African American Civil Rights Movement (in the library Stacks starting at E 185.61)