The Limits to Growth

According to the BBC, which interviewed one of the original authors, The Limits to Growth "was published in 1972 and predicted global decline from 2020. It was based on a computer model which analysed how the Earth would cope with unrestricted economic growth.

"Researchers from Massachusetts Institute of Technology fed in huge amounts of data on population, pollution, industrialisation, food production and resources. They found that if the trends continued, the result would be a sudden and uncontrollable downturn beginning around 2020."

To contemplate how we're doing on that, you can listen to the interview and also get the original book and two follow-up titles from the library.

The limits to growth: a report for the Club of Rome's project on the predicament of mankind
Meadows, Donella H.;
1972
Call # HC59.L54 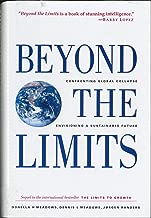 If you need help finding these books in the library, please don't hesitate to Ask a Librarian.