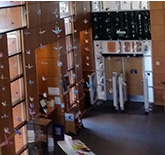 We're hearing about impeachment in the news, but what is it and how does it work?

According to the Columbia Encyclopedia (2018) in the library's Credo Reference database, impeachment can refer to different processes in different countries. In the case of the U.S.:

"...impeachment of public officials is provided for in the federal government and in most states. In federal matters the U.S. Constitution gives the House of Representatives the power to impeach civil officers of the United States, including the President and Vice President, but not including members of Congress. Impeachments are tried by the Senate, with the concurrence of two thirds of the members present needed for conviction. The sole penalties on conviction are removal from office and disqualification from holding other federal office; however, the convicted party is liable to subsequent criminal trial and punishment for the same offense.

There have been 19 impeachments tried by the Senate and eight convictions. Three of the best-known cases, which did not result in conviction, were those of Supreme Court Justice Samuel Chase, President Andrew Johnson, and President Bill Clinton (see Lewinsky scandal). In 1974 the Judiciary Committee of the House of Representatives voted to bring impeachment charges against President Richard Nixon (see Watergate affair), but Nixon resigned before the House took action."

Need help finding this and more? Ask a librarian!